When I was president of our ASID chapter, around 5 years ago, I guess you could say my legacy was establishing the Vanguard lecture series.  I felt extremely passionate about exposing designers to different approaches and perspectives, feeling sure that our designs would benefit from new design thinking.

This year's Vanguard event featured Scott Wilson of MINIMAL, a design studio based in Chicago.  He recently designed a conference chair for Coalesse, but this was his first furniture product design launched into a major market.  He is responsible for creative concepts at XBox, Google, Dell, Nike, Motorola, and Apple as well as 5 start-up concepts of his own. http://www.mnml.com/21277/our-work

Having been part of product design and development for the past 10 years, it was both frustrating and rewarding to hear such an accomplished designer suffer from some of the same challenges we at ai3 face. The concept I rushed home to tell Patrick about was the Microsoft "Courier." Ahead of the iPad, MNML designed the ideal creative tool.  Every lecture where Scott presents, he says, " I ask the room who owns an iPad, and a few hands go up.  I ask who WANTS to own an iPad, and more hands go up.  And then I ask who could like to own the Courier, and every hand in the room raises into the air." Check out the video: 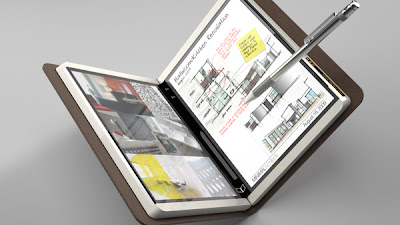 I learned that sometimes you need to take things into your own hands.  If you believe in a relevant, intuitive concept, then you should pursue it.  Don't be afraid of failure, but find a way to do the things you believe in.
If you stay focused, and if the manufacturer can stay focused, it should take months, not years to develop the idea.

After developing a watchband support for Apple's Nano, Scott couldn't nail down a company to produce it, so he went to kickstarter to find people willing to invest in his idea. What he hoped would raise $40-$60K easily turned into a million dollars. See how he did it:
http://www.mnml.com/21277/223103/our-work/tiktok-lunatik 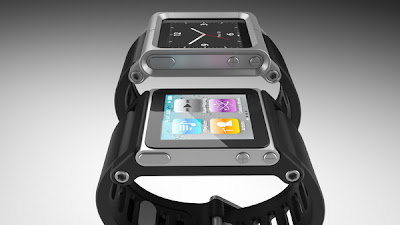